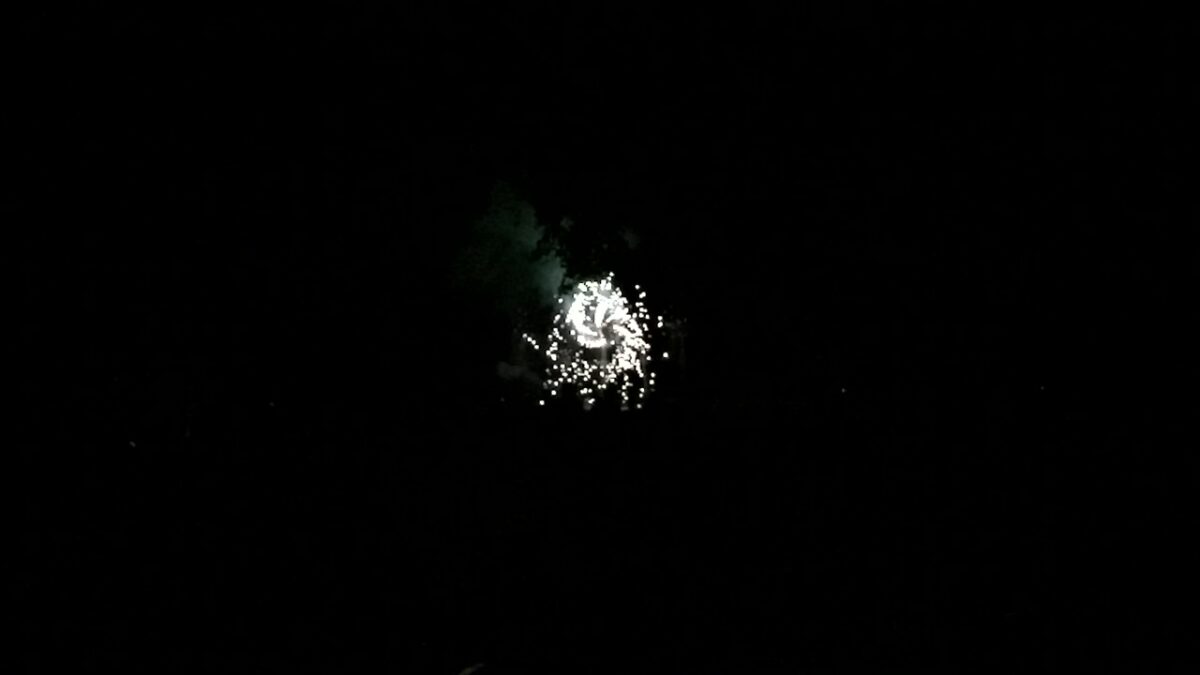 In my heart, travelling beyond the solar system is our future generation’s manifest destiny. I hope that with every generation, we see it as not only our destiny but our obligation to expand beyond the confines of our own solar system.

And I hope that we never lose sight of this end goal for not just the human race, but for the end goal of life itself. I see it as more than just a destiny, but an obligation we owe to the universe for the creation of DNA in the first place.

I had the realization last night, however that a primary prerequisite for space travel is the progression of that very DNA into its next to version, a DNA v2.0 so to speak (or depending on how you count it, perhaps v3.0 or v4.0). Advancement of DNA is crucial for the advancement of exploration. I posit that they are not separate technological advancements, but rather tightly entertwined. And after 2 billion years, the time is ripe for a new version of our code base.

You see, life is stuck in a local maxima defined by and constrained by Darwin’s laws. We managed to jump out of the local maxima of constrained intelligence (a befuddlement addressed in an earlier modicum), but we aren’t done yet, hardly.

DNA v2.0 will be defined by the ability to modify our own coding – just like self-modifying code, a particular hobby of mine. In the history of humanity, the Crick and Watson’s discovery of DNA and the invention of CRISPR Gene Editing ranks up there right along side Einstein and Newton, in my opinion. Because once we self modify our programming, we will be not just making a technological jump, but fulfilling a pent up dam of constraints 2 billion years in the making. That’s worthy of the same celebration as is e=mc^2 or the warp drive.

What is most important about self modifying DNA is the ability to do so via intent. To date across the billion+ years of DNA’s existence, the DNA code based has been defined by statistical convergence of randomness to achieve localized adaptation. By adding higher level intent, it becomes an altogether different thing.

But this modicum is as much about galactic seeding as it is about DNA. To have life reach a manifest destiny of the galaxy and universe, we must progress beyond such limitations that hold us in a local maxima in both time and space. So for DNA 2.0 we need:

Said more bluntly, life has existed in the time and space dimensions ruled by the locality of a planet and the confines of a single body. We are now at the cusp of life being defined by time and space at a galactic level. This change is not merely a matter of technology at the macro level for space travel, but even more so, at the DNA level for defining what life is. Life via DNA must be altered fundamentally to achieve these galactic level definitions of time and space.

I know I repeated the same concept over and over in this section, but I did so in the hopes that each sentence chips away at the immense weight of thinking of humanity in geocentric and anthropocentric terms. We need to dump both of these views as being version 1.0 of not just human existence, but life existence. Once you start to dump those old views, its amazing how different life begins to look.

OK, So what first?

So the obvious first thing to modify – an undo button in a sense – is the necessity of aging that is baked into DNA. It is an enforced local maxima built into DNA that was required to get us here, but if we are to fulfill the obligation for spreading life’s seed across the universe, it is a prerequisite for space travel.

To keep the DNA healthy and competitive, we all must age. Aging is built into DNA to force the shedding of previous solutions and make room for new solutions in an environment. Without aging, evolution grinds to a halt. That said, life as we know it really hasn’t changed much in the past ~300 million years up to the point of human evolution. Hollywood movies putting is back into the Triassic period doesn’t exactly put humans as the sure-fire bet to dominance. Even the aberration that is Humanity is still in a iterative improvement up until the 20th century, IMHO. Darwin’s natural selection still ruled the roost in even human terms, and evolution still presented itself as the dominant force.

Aside: If anything, we have started to regress in the advancement of life and evolution with the 20th century, as we have increasingly enabled the weakest to survive with equal authority to the fittest via social contract, and we have seen mass extinctions occur not from external arbitrary events, but from DNA generated events (i.e. humanity). It’s as if this local maxima of evolution from the past 450 million years has pooled up stagnant industrial acid rainwater that has started to eventually wear away its limestone base, sending life plummeting backwards against the current of natural selection.

But the hope is that this backward movement was what was necessary to get out of that local maxima and allow us to progress DNA to higher goals.

Right now, I would take the opportunity to travel to Jupiter and back. It would cost me (and several 100 co-travellers) a ticket of $10M and about 10 years of our lives to get there and back. But, you know, it would be worth it. We can do this now. It is on the edge of tolerance – more so on the 10 years of isolation than the financial resolve (and anyways, finances is largely immaterial in the broad scope of life, evolution and DNA). Thus, we should easily get to the point within the next 2-3 generations where we have inter-solar space travel be achievable. The first Mars crew was just selected, although lots of skepticism on that news..

Travelling beyond the solar system, however, is daunting in that the time scales are inherently beyond that of a single human life span. There is no motivation strong enough (even the potential seeding of remote places with your DNA) to overwhelm the impact that you do not have a life span long enough to directly see it occur. We will never get over that hump.

But our life spans are short because they are defined by life on earth. It is built into the DNA to age because of the timeframes that exist on earth. Going beyond earth means we must get rid of that very assumption built into DNA.

And it is possible to do so. The literature is clear – we are gaining confidence, hook and by crook, that aging will eventually be solvable. And when we solve it, we introduce new problems in the social fabric that will be hard to solve – the most obvious one being the population explosion that is above and beyond what already exists. At that point, travel to other locations in the galaxy will not only seem feasible, but nearly required. Its fantastical to consider now… But a 25,000 year expedition to Alpha Centauri may actually be feasible for a single life form once age is removed.

Aside: This realization assumes that faster forms of space travel (i.e. faster than ~10% speed of light) are not possible. We have no confident evidence that this is indeed possible, and thus I leave this to be in the realm of fantasy and wishful thinking. I personally hope for it, but unlike what is above, there is no clear path for us to get there, despite science fiction’s hopes.

So aging is a big one, but not the only one. My gut tells me that DNA 2.0 overcomes more than just the local maxima imposed by Aging. There has to be more local maximas in natural selection to be defeated.

And beyond that? What is DNA 2.5 like? 3.0? Particularly in the light of space seeding.

It really wasn’t hard to just think up these ideas. And it still assumes a brain that is largely still the same. Shocking to think what life would be like in the 3.0 stage.

Allowing my brain to wander in this space felt like a new room of thinking behind every door, and one not constrained by the oppressiveness of the Technological Singularity event. Ah, sweet relief and creativity!

One final aside: It is not just we, but by inference, all alien life forms that are out as well must have encountered this same hurdle – a hurdle in which they were able to manipulate their own genetic make up to allow them to achieve longevity comparable to space travel.

This realization also implies that any space travelling life form we encounter will most likely also have already passed the prerequisite of aging. Thus, unlike the science fiction genres (e.g. star trek), human and alien life should be inherently ageless (not immortal, just ageless). I now have ruined my enjoyment of science fiction movies if they fail to acknowledge this realization.

And it doesn’t just stop there – so many of the other bullets are likely realized as well. Honestly, wouldn’t it be safe to assuming that we are 50 generations away from many of these abilities of DNA manipulation. That’s only a 1,000 years…. a mere blip in both human and biological history.

So any extraterrestrial life form is really just limited to time, and not space. Thus, it argues that the best measure of the technological advancement of a life form is the logarithmic fraction of the speed of light of movement that they can achieve. Even looking backwards in humanity’s history, that is an accurate reflection. Skip Moore’s Law.

Finally, I’d also be remiss if I did not mention an alternative view is the seeding of the universe with bare bones ingredients, like sending a shotgun of DNA structure throughout the universe rather than a large cannonball of advanced evolution. Exogenesis is a no brainer – so much so, that its hard to not agree to a reasonably high likelihood of panspermia being our own source of creation. But then, why bother, if you can go yourself within a few more generations worth of technological advancement?

Thoughts That Won’t Go Away